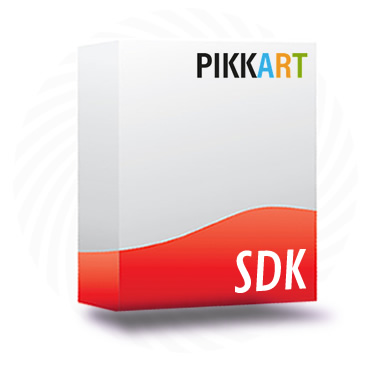 This tutorial starts from the project created following the planar marker tutorial, and teaches how to create an app that reacts to ARLogo prints.

The complete Xcode project could be downloaded on github from this link.

ARLogo is a Pikkart proprietary technology that allows you to create multiple “versions” of the same image (marker) by adding to it information that is detectable by our SDK. This allows developers to create multiple augmented reality experiences on the same image. The ARLogo detection is on-device and thus does not need an internet connection. For more details visit the ARLogo page.

To give an immediate response to the user, we will show a placeholder content during this period of time.

To use the ARLogo technology on a marker created on the CMS, make sure to check the “enable ARLogo” checkbox. Then download and use the resulting .dat marker file in your app.

For this tutorial we've already created the ARLogo marker and 3 ARLogo prints, that can be found in the project itself.

Looking at the RootViewController class we can see the AR Logo recognition code is located in the arLogoFound method:

This is an event handler introduced in the very first tutorials but we never had a case to show it, until now. Just like other methods (markerFound, markerNotFound etc) it is called after registering to its events with a call to the startRecognition method.

You should see several logs in the Xcode Debug Console regarding ARLogo detections and the color of the monkey rendered in the glkView method should change each time you point your camera towards a different image (out of the three mentioned above).

The last thing we do is set the monkey to the gray texture when we lose the tracking of a marker:

Now we can run the app and see the color of the monkey change on the different ARLogo prints.
This should be the behavior of the app: